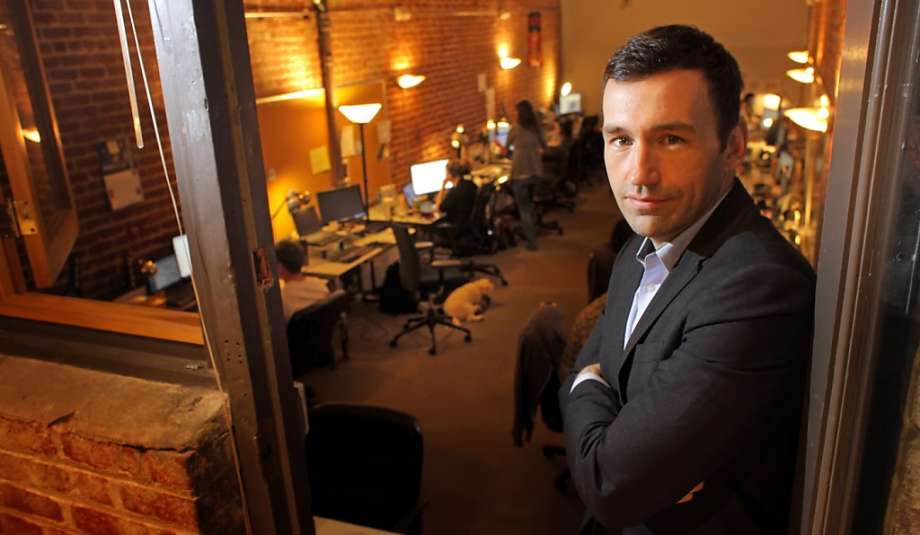 When Ryan Howard had breakfast with venture capitalist Peter Thiel in April, the billionaire left Howard with the check – for $1 million. The unexpected investment marked a turning point for Howard’s company, Practice Fusion, which provides doctors and other health professionals a free, Web-based electronic medical record system.

Practice Fusion has exploded in the market, fueled by federal incentives – President Obama’s stimulus package includes $44,000 to $64,000 for health providers who adopt digital record-keeping for Medicare and Medicaid patients.

The San Francisco company recently logged more than 120,000 members who are using the system to track 20 million patients. It also links 70,000 pharmacies and 200 labs. By patient volume, it’s bigger than Kaiser.

After the venture piqued Thiel’s interest this spring, his Founders Fund stepped up with $23 million in financing. In September, Practice Fusion reported $6 million in additional funding from several new investors. Added to earlier investments from Salesforce and Band of Angels, Practice Fusion has raised more than $36 million.

What a difference a few years can make.

“At the end of ’08 we were out of cash,” said Howard, 36. “We were fledgling, we had a couple thousand users, the market was a disaster.”

He was keeping the company afloat any way he could – he sold his car and also used the rent he was collecting from a home he still owned in New Hampshire.

One of his passions – racing Ducatis – also proved fortuitous, albeit painfully. After Howard tore a rotator cuff in an accident, he used the insurance payout to make payroll.

“One of our core values is: Be scrappy,” he said. “I was beyond scrappy. I went above and beyond whatever a human being would have done.”

Born in Rochester, N.H., to parents who soon divorced, he recalls his mom holding as many as four jobs at once to make ends meet. He attended public school but after his girlfriend became pregnant, dropped out of high school. He earned his GED by the time his son was born and would go on to receive a degree from St. Mary’s College and study at UC Berkeley’s Haas School of Business.

Leans to the Left

“People ask me, ‘Why do you lean left?’ When I was a kid, we were low income, we always had free lunches at school,” Howard said. “There was one point where the city helped us, there was fuel assistance, we got windows and we had heat.

“That to me made my quality of life dramatically better and shaped a lot of my political beliefs.”

As a young man, Howard unwittingly received an education in sourcing, manufacturing and shipping from the ground up in the factories where he worked in New Hampshire. That’s how, he said, he “inadvertently fell into” supply chain technology.

Move to the Bay Area

In 1999, no longer with his high school girlfriend, Howard moved to the Bay Area, where he got a job with Brown & Toland, managing their information technology.

“I really started to understand the market,” he said. “Eighty percent of doctors are in small offices. The average primary care doctor makes 120 grand a year. At Brown and Toland, I was basically the IT guy for 1,500 doctors.”

If patients’ bills were so tangled, what did that say about their health records, Howard wondered, noting that an average person sees 19 doctors in a lifetime.

Meanwhile, research indicates that nearly 200,000 people die each year as a result of their cumulative medical information not being available to their providers.

“I didn’t really have a great answer,” he said. “But the worst possible way to solve it was for doctors to manage the technology.”

Cloud computing, which allows users to run software that lives on remote servers, hadn’t yet hit the tech world by storm. But Howard realized that a Web-based solution was exactly what he was looking for.

He established Practice Fusion in 2005 and launched the service in 2007. It now employs more than 100 people.

The service stores the medical records in two data centers secured by armed guards and biometric security systems; the information is immediately available to members via the Web. And on Tuesday at the Health 2.0 conference in San Francisco, the company demonstrated mobile apps it is beta testing.

The company, Howard said, is only 1 percent of what it will be.

“The sky’s the limit, with the data being the holy grail,” Howard said, noting that the information can be used for predictive modeling – for example, what kind of health problems should a doctor be looking for in a 45-year-old with particular health characteristics? What sections of the country should be priorities for vaccines in a flu outbreak?

Next up, Howard wants to bring patients further into the fold.

“One of the most powerful ways in my mind is trying to create a health record for you that you’ll use from birth to death, one source of truth where your data lives,” he said. “Our goal is to reach every patient in the country.”