What services are required for CPT Code 99458?

Similar to CPT Code 99457, CPT Code 99458 requires interactive communication in order to be added on to reimbursements. This interactive communication is defined as “a conversation occurring in real time that includes synchronous, two-way interactions that can be enhanced with video or other kinds of data.” Additionally, the CMS clarified that the 20 minutes of service time required to bill for both 99457 and 99458 “should include care management services and synchronous, real-time interactions.” Therefore making it clear that, while interactive communication contributes to the required 20 minutes, it is not the only activity that should be included in the total time as overall care management can contribute as well.

Since CPT Code 99458 is only an add-on code for CPT Code 99457, it can’t cover the cost of the device on its own. Patients that qualify for the original CPT Code 99457, however, are covered by said code for treatment services and device cost.

How much does Medicare reimburse for 99458?

Medicare reimburses approximately $42.00 for CPT Code 99458. This CPT code in particular is for additional time spent with a patient and can be billed only after practices meet the requirements for CPT Code 99457.

How to get reimbursed for Remote Patient Monitoring with CPT Code 99458?

In order to get reimbursed for CPT Code 99458, clinical staff or other qualified health care professionals must use the results collected by remote patient monitoring services in order to deliver a personal treatment plan. In order to get reimbursed for Code 99458, clinicians must first complete the requirements and submit for reimbursement under CPT Code 99457, as Code 99458 is only an add-on to Code 99457. All reimbursement codes are submitted directly to Medicare and can be billed in increments of 20 minutes. These services can be supplied by qualified healthcare providers as long as they are under the general supervision of the primary physician.

Who must do the work for each remote patient monitoring service?

Under Code 99458, incidental to Code 99457, remote patient monitoring services can be delivered by any qualified healthcare professional as long as the services are completed under the general supervision of the primary physician. Therefore it is not the direct physician who is entirely responsible for providing services or submitting reimbursement claims, as the work can also be performed by other qualified employees within a practice.

CPT Code 99548 does not currently have any limitations regarding the frequency with which it can be billed per month. Providers can bill under CPT Code 99458 for each additional 20 minutes of services provided as long as those 20 minutes meet the requirements for reimbursement.

Read More About this Topic

Learn what services may be covered by the 2023 Medicare Physician Fee Schedule, including remote monitoring, chronic care management and telehealth services. 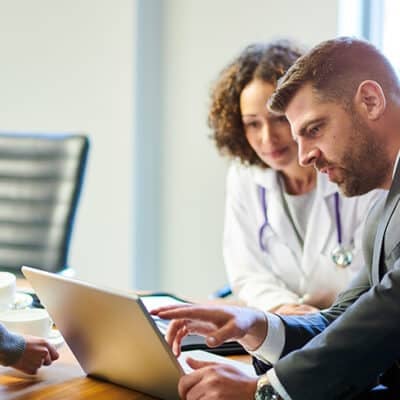 With the CMS expansion of telehealth services, clinicians can add remote services to their MIPS score and increase their Medicare payment adjustments.

What Equipment Is Eligible for Remote Patient Monitoring Billing?

The quality and eligibility of remote patient monitoring (RPM) devices is crucial when choosing the best remote monitoring program for your practice. 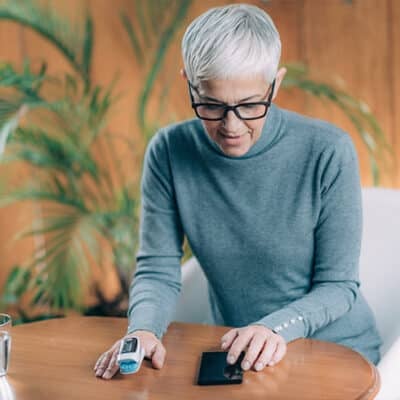